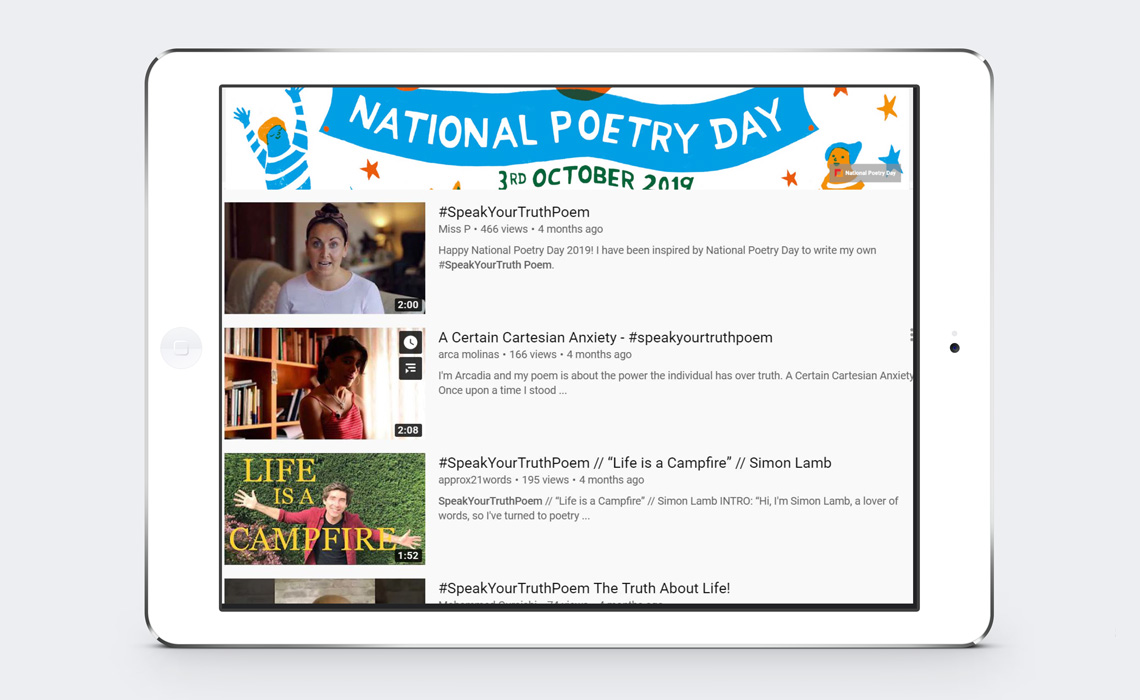 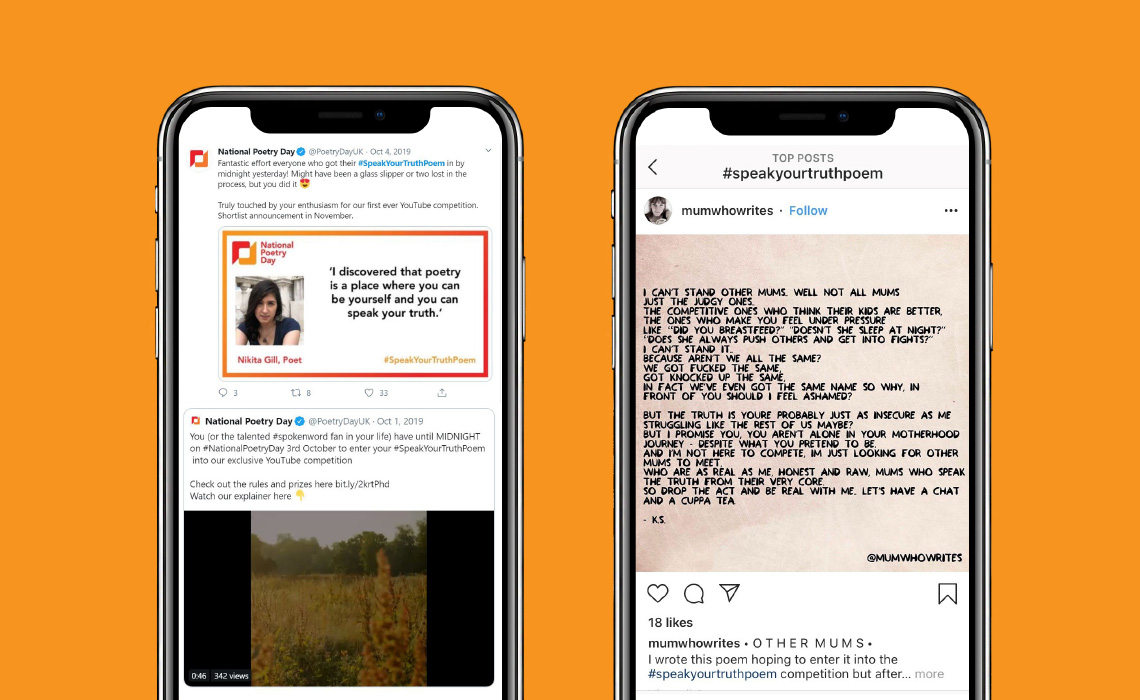 To celebrate the 25th anniversary of National Poetry Day, Forward Arts Foundation wanted to ensure it was harnessing the full power of social media to reach as diverse a poetry audience as possible. In the last few years Instagram, YouTube and Twitter in particular have been central to the huge spike in people consuming and making poetry.

Communitas was hired to provide strategic advice on growing engaged follower numbers across all social media channels and to provide day to day content planning and creation capacity. In National Poetry Day’s words: ‘We wanted to put digital poets and poetry lovers at the centre of our work.’

We were also asked to design and manage a high-impact social media marketing campaign for National Poetry Day’s first ever YouTube competition, which was a set piece of the 25th anniversary celebrations. #SpeakYourTruthPoem invited poetry-lovers aged 18+ to write and upload their own original poem on the theme of Truth. The prize was a masterclass with poetry YouTuber and influencer Savannah Brown at YouTube’s creative hub in London, plus £500.

With a hard deadline of 3rd October (National Poetry Day) we recommended a sharp five-week campaign that started in late August (with a teaser campaign in the week before). We wanted to motivate people to act by giving them enough time to write and film their poem, while not enough time for them to put it off and then miss the deadline.

Forward Arts Foundation recruited known poets and new poets (well-known from other fields, including football and mental health campaigning) to create call to action videos, talking about what poetry means to them and inviting all to share their poems via the competition. We reached out to the different poets’ audiences – from secondary school teachers to football fans - with tailored messaging and hashtags which meant the competition had very broad reach.

As the bulk of National Poetry Day’s audience was on Twitter we targeted a lot of activity towards this platform asking people to enter themselves, but also to signpost and share with their networks. We also made good use of Instagram stories and posts. To extract as much value as possible from the videos we took key quotes from each of the poets’ personal stories and used them for static, graphic posts.

We kept the momentum up and created a sense of excitement with regular countdown reminders, including on National Poetry Day itself which resulted in a number of entries just before the midnight deadline!

National Poetry Day set the following targets for #SpeakYourTruthPoem 45 entries and 11,000 views across the six call to action videos.

Our campaign achieved 140 entries and 40,000 video views across the six videos.

It has been a real joy to work with Communitas on the 25th anniversary of National Poetry Day. Your imagination, technical ingenuity and all round cheerfulness have made all the difference. We are especially pleased with the results of your work on the marketing of our two new strands of activity: the #SpeakYourTruthPoem artist development initiative and our education programme #MyNPDPoem.